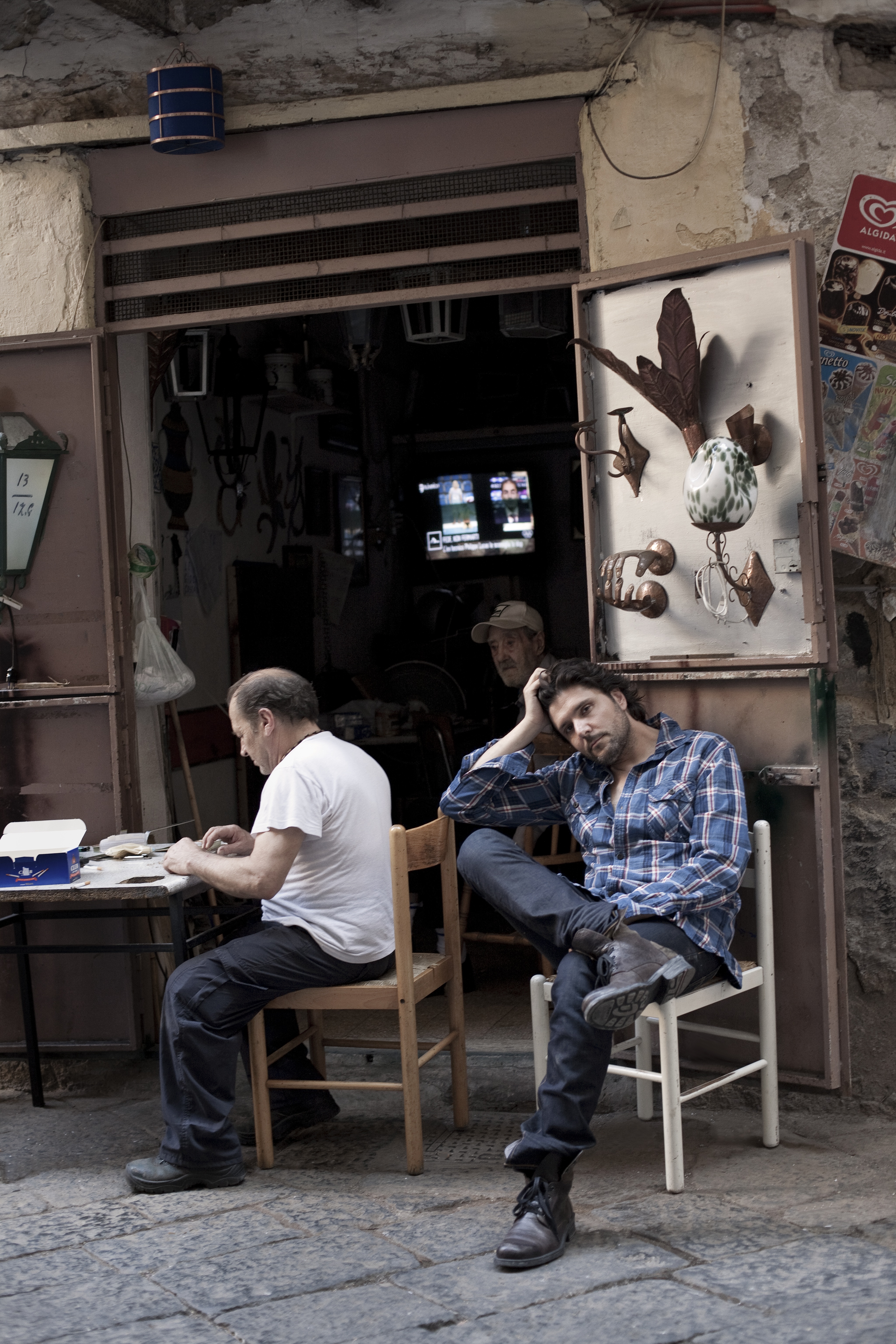 On his new album by the Italian tenor Massimo Giordano sings
about “Love and Pain”. He has thus fulfilled a dream?
A private conversation despite 650 miles away? With Skype would be no problem – when Massimo Giordano would not have changed his plans. Because instead to dwell with laptop in Florence, where the Italian tenor has sung on the eve of the interview at the Maggio Musicale Verdi’s “Don Carlo” under the baton of Zubin Mehta, he’s just decided to run the idea to his family in Trieste. Appointment to be made, he is a Dreivierteltag later again with packed suitcases on the road to drive back Teatro Comunale in Florence the next gig. “Frequent relocation is a necessary part of my work,” so commented via mobile phone father of two who suffers from this balancing act between work and private life, admittedly. And rejoices when the distance is just as “only a few hours in Italy,” “because otherwise easily as a sailor feels that far away from home is continuously while the kids are getting bigger without his presence.” He wants to renounce its about 40 to 60 shows per year, including his wife Alexandrina accompany him and his two offspring only in exceptional cases, but in no case. His enthusiasm for it is much too great to finally be able to excel in the place of the earlier “unreachable” seemed to him, on the opera stage.
“My father was passionate about singing Neapolitan folk songs. That was all that I’ve noticed in my family of humble as a musical base, “said Giordano recalls, born in 1971 in Pompeii, near Naples. A “new world” had just opened to him as senior Giordano gave up his job as a stonemason in a southern Italian marble factory and caretaker at the Conservatorio di Musica Giuseppe Tartini in Trieste was. Because there were free trade in flute courts, Massimo first learned the instrument. And by chance, he discovered his true talent with 18: “A fellow Czech pianist encouraged me to try my voice with his piano accompaniment. Whose only comment was, ‘This must, have to, you have to go’ happy coincidences “What followed was a chain was on the one hand”, “on the other hand, the result of a lot of” sweat and sacrifice “: After taking in the singing class at the he prevailed without preparation against nearly 100 competitors, Giordano graduated as ambitious as singing competitions, which were rewarded with first engagements and had develop a repertoire especially in bel canto specialist it step by step, he now for the first time on a CD is demonstrated.
“Amore e Tormento” means to be in early May which appeared at BMG and sold by Naxos debut album of arias of the Italian composer Francesco Cilea, Giacomo Puccini, Giuseppe Verdi, Umberto Giordano and Amilcare Ponchielli. “The 14 selected pieces from the works of Manon Lescaut ‘about Tosca’ and ‘Simon Boccanegra’ to ‘Turandot’ to show in a kind of dramatic development, the feelings, the love of jealousy, revenge and madness accompany” Giordano explains his artistic concept he in “total freedom” was able to develop and realize the “Italian way” concentrating because he did not wanted to remove it so important tradition and its roots. Content as well as vocally bandwidth is come out in the Giordano feels comfortable. And with whom he wants to reach a different audience than his usual hanging it around the globe on the lips. “Dolce notte misteriosa” is the bonus track on the lovely Marcella from the opera of his namesake Giordano, the director Marisa Crawford has filmed on the Amalfi Coast near Naples. “With this video, I’m doing a fresh approach to opera that will show me different than the role of a classical tenor,” said Giordano, who zurückgegelten with cultivated stubble and semi long haired black and white images and ’50s dreams of a seductive ambience both Bellezza out to sea with her and as at the end of it goes together on a Vespa.
Apart from this digression (see his website www.massimogiordano.com), but he feels entirely its traditional spheres connected: On 19 and 21 June, he sang at the Deutsche Oper Berlin in the Attila “Foresto” and 3 to 12 September to Alfredo “La Traviata” follows in both the Vienna State Opera, in the December 2013 and January 2014, an occurrence series as Cavaradossi in “Tosca” at the Bavarian and Vienna State Opera.
He has respect only before his most important asset, his voice, “We are our own instrument and thus very fragile,” he knows from long experience. Solid project is so far good care of himself and his exceptional body. While continuing to work for the fulfillment of outstanding requests: “With ‘Amore e Tormento I was able to realize a long-cherished dream,” said Massimo Giordano says. Now lacks only the right concert tour.LINK Massimo Giordano Crescendo Total Freiheit (In German)